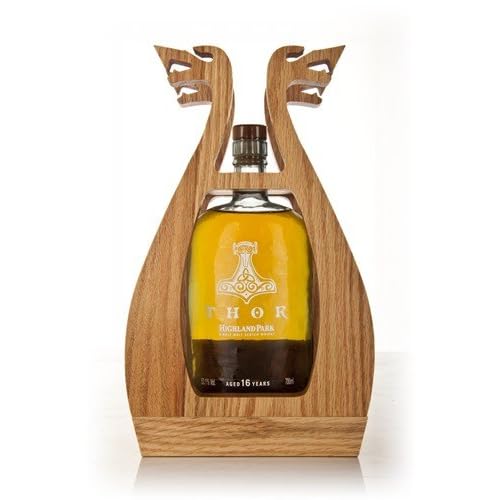 Are you still searching for that perfect whisky? Or maybe you’re just looking to add to your fine collection of specialty alcohols? Either way, this Valhalla Collection Thor Whisky needs to be on your list. From Highland Park, this single malt scotch whiskey is the first of four in the Valhalla Collection, all of which will take inspiration from the legendary Nordic Gods.

Aged 16 years and housed in a unique wooden frame echoing the fearsome contours of a traditional Viking long ship, this  52.1% ABV Whisky as bold Thor himself.

With only 1,500 bottles being released in the United States, you’re going to want to make sure that you get your hands on the Valhalla Collection Thor Whisky while you can. Available at Amazon.com for $245 (US purchases) and at Amazon.co.uk for £120 (UK purchases).

Cody Polston is an author, historian and ghost investigator. He is the author of multiple books on history and paranormal topics. He was the host and producer of the popular podcast Ecto Radio and a writer for Ghosthunter X magazine. He is one of the founders of the Southwest Ghost Hunter's Association and has been investigating paranormal claims since 1985. In the 1990's several other ghost hunting groups gave him the moniker the "Hitman" due to his involvement in "debunking" several well known haunted locations in Texas. Although the nickname was intended to be a negative insult, Cody adopted the nickname and began using in on his podcasts and other media venues.

The Enemy Within: How ghost hunters fail due to their own psyche The Self and its source

This site uses Akismet to reduce spam. Learn how your comment data is processed.